Ophelia is a feisty girl with a kind heart, a quirky imagination and a wicked sense of humour. Join her and her friends on three “Wild” adventures, told in rhyming couplets.

On the very first writing course I ever did, the tutor asked the class, as an exercise, to make up the name of a character. This turned out to be a very valuable exercise because the name that popped into my head was "Ophelia Wild," and she seemed to arrive with a fully formed personality. Ophelia's story has undergone many changes since she was first dreamed up, but she remains my favourite character.

Ophelia wakes to the rustle of trees,
the whirring of washing, a cloud scudding breeze.
"I can feel it," she says, "to the roots of my hair,
the static is crackling, there's change in the air..."

I've always wanted to have a go at writing ghost stories, so the second of the Ophelia Wild series gave me the perfect opportunity to try this out.

Scary Stories (the first of three stories) was based on an experience I had in my first flat. One night, just as I was about to go to sleep, I heard footsteps on the roof above my bedroom. I was terrified – I lived in the middle of the city surrounded by office blocks, and had no idea it was only a possum. Now, I live next to a park and I often hear possums hissing in the trees at night. But even though I know what is making the sound, their raspy breathing and strange cackles still sound very eerie, almost half human, to me.

In the second story, Zombie Pox, Ophelia has Chicken Pox. At the time, it felt a little like I was living out the story, because I fell sick myself (though not with chicken pox) whilst writing it. The deadline for finishing Deadly detective was looming – as usual I had procrastinated dreadfully starting writing. And since, like Ophelia, I wasn't sleeping well anyway, I stayed up until the early hours of the morning, night after night, writing it instead.

The final story, A Monster Problem, was the easiest and most enjoyable of the three to write and is probably my most favourite Ophelia story, because it is all about kindness. 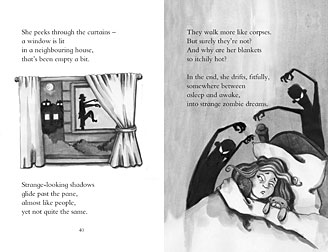 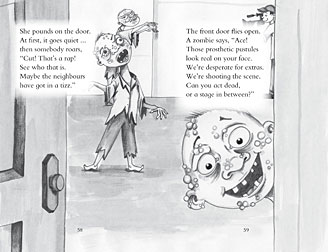 Here is something completely unexpected: a chapter book written completely in verse! Perhaps even more unexpected is that it works incredibly well ... The verse is a joy to read. It is uncomplicated and flows well. The exploration of theme of friendship and the highs and lows of friendship adds depth to this fun detective story ... Highly recommended.
KF, Reading Time (Children's Book Council of Australia) Vol 56, No. 2, p.31

This sequel to Ophelia Wild, Secret Spy is told in lively rhyming couplets and keeps the mood light. In the first story Ophelia is stung by a bee and ends up in the sick bay at school camp. Ophelia tells a story about zombies when strange noises are heard through the wall. In part two, Ophelia thinks there are zombies in the empty house next door and calls upon sidekick Albert to help her find out. In the third story, a little girl hires Ophelia to deal with the monster under her bed. Great stories for newly independent readers. Ages 7–10.
Chrissi Blair, The School Library – New Zealand Book Council e-newsletter to schools

...This has been a popular title with its easy to read text, its out-of-the-main-stream characters and generous illustrations that flow over each double page spread... read more
Barbara Murison, Around the Bookshops 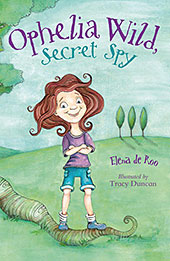 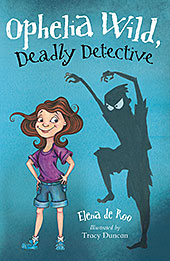